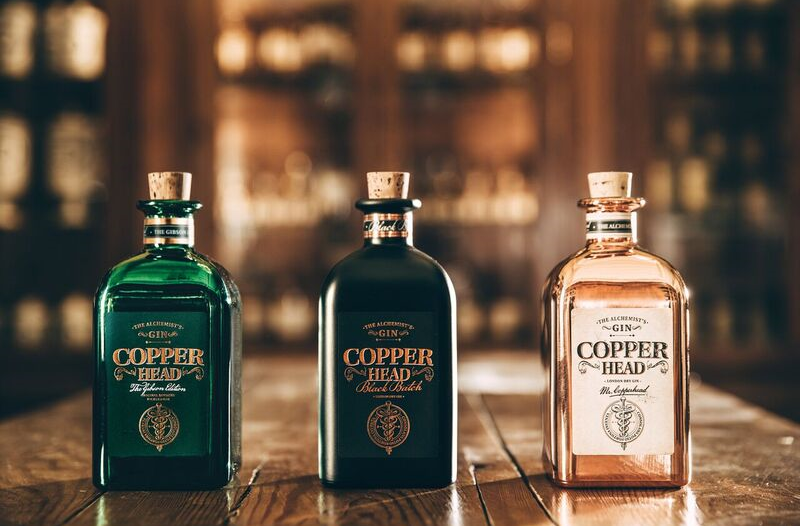 In the beginning!
Summer 2013. Passionate pharmacist and entrepreneur Yvan Vindevogel reads an article about the evolution of gin. The medical history of gin fascinates him and he gets inspired by the strong bond with his profession, to create a gin. Copperhead is not just a gin, but one in which you are the alchemist.

Elixir of Life!
Copperhead returns to the alchemical and pharmaceutical history of gin. For centuries alchemists searched for what would make them immortal: the Elixir of Life. During their search for the "elixir of life" the alchemist quickly discovered the medicinal properties of distillates based on junipers. The distillates were even a popular folk medicine that was later sold by pharmacists. Richard Barnett, the author of The Book of Gin, even calls gin "the grandchild of the elixir of life."

London Dry Gin
Back to the roots. Because unlike the current trend Copperhead is no New Western Dry Gin, but an original London Dry. The gin is fueled by passion and expertise in traditional copper stills. Organic botanicals are used for the first distillation. The ingredients are heated and thus allow their complex aromas.

What's in a name?!
Copperhead refers to the copper alembic pot still or in which the earliest predecessor of gin was fired. Additionally Copperhead or Agkistrodon contortrix is ​​also a snake kind you find in the symbol of pharmacy.

Copperhead Black Batch returns to "the Dark Side of Gin!"
After the discovery of Copperhead: "The Alchemist's" Gin Mr.Copperhead went looking for an elixir of life. In his search he came across the elderberry bush, a plant that repels evil and is known for its healing properties. He added elderberry and black Ceylon tea to, and so he created Copperhead Black Batch. The limited'edition with a dark side will be available from late October.

For centuries alchemists searched for the Elixir of Life, and during their search they soon discovered the medicinal properties of distillates based on junipers. With Copperhead turns inventor and chemist Yvan Vindevogel back to the alchemical and pharmaceutical history of gin. Copperhead even refers to the cauldron in which the earliest predecessor of gin was fired. Copperhead is the perfect balance between five different ingredients: juniper, cardamom, angelica, coriander seeds and orange zest.

The Copperhead Black Batch were once elderberry and black tea added which are known for their healing effect on the immune system. These special limited edition is available exclusively for the time being in fifty catering establishments.